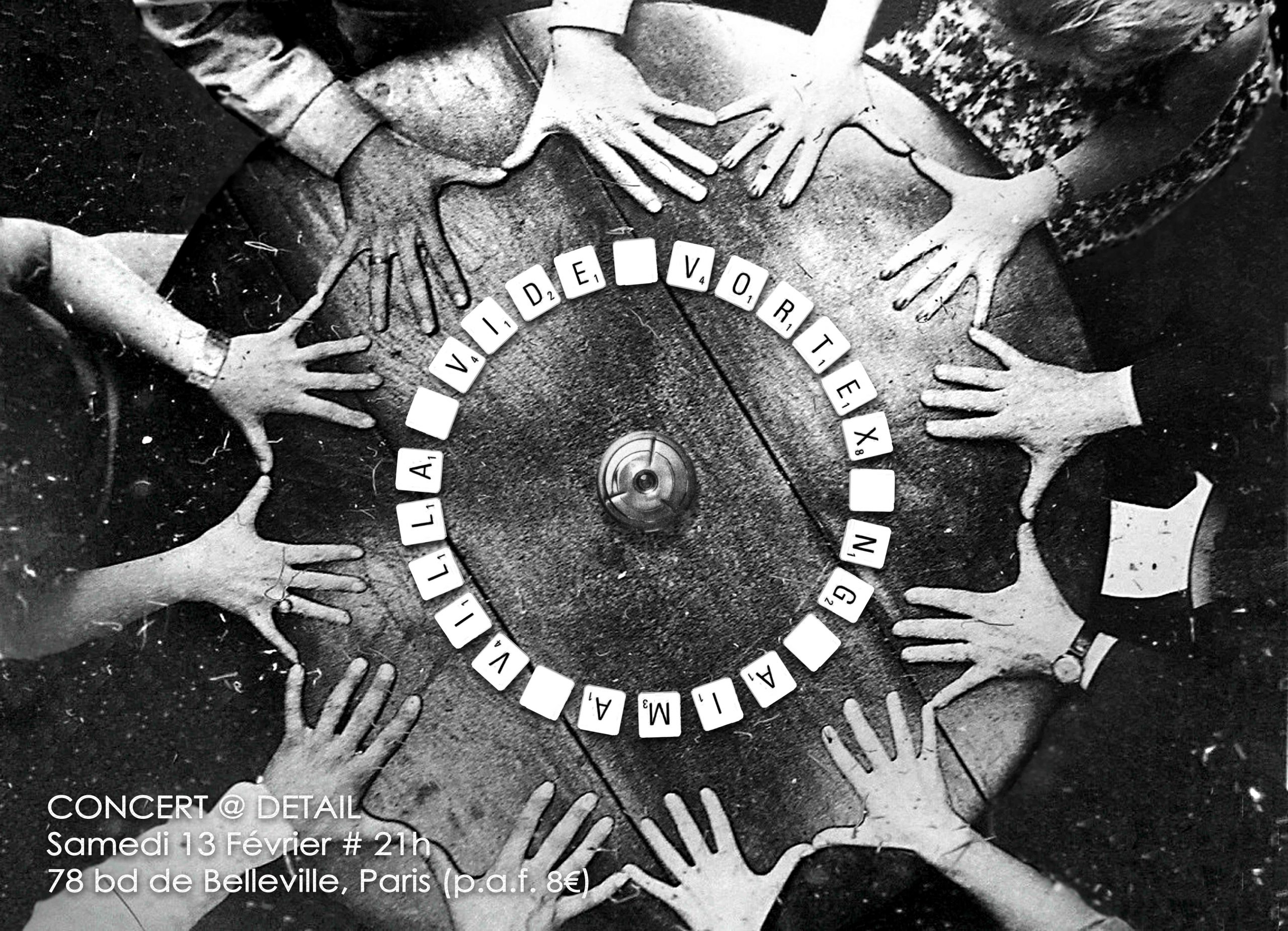 “Active since the end of the 80s in France, Vortex is part of a strange musical avant-garde, one that remains partially hidden from the general public. Founders of the duo, Nico Guerrero (guitars and vocals) and Sonia C.S. (bass and vocals) invoke through uneasy songs a visceral, magical and hypnotic sound, gently laying prepared guitars and melancholy vocals on a veritable wall of swirling harmonics.
News from the Parisian band and their official recordings have always been sparse and sketchy, despite their appearance on Italian band NG’s forthcoming album and Nico Guerrero’s latest 2015 collaboration with Rhys Chatham.