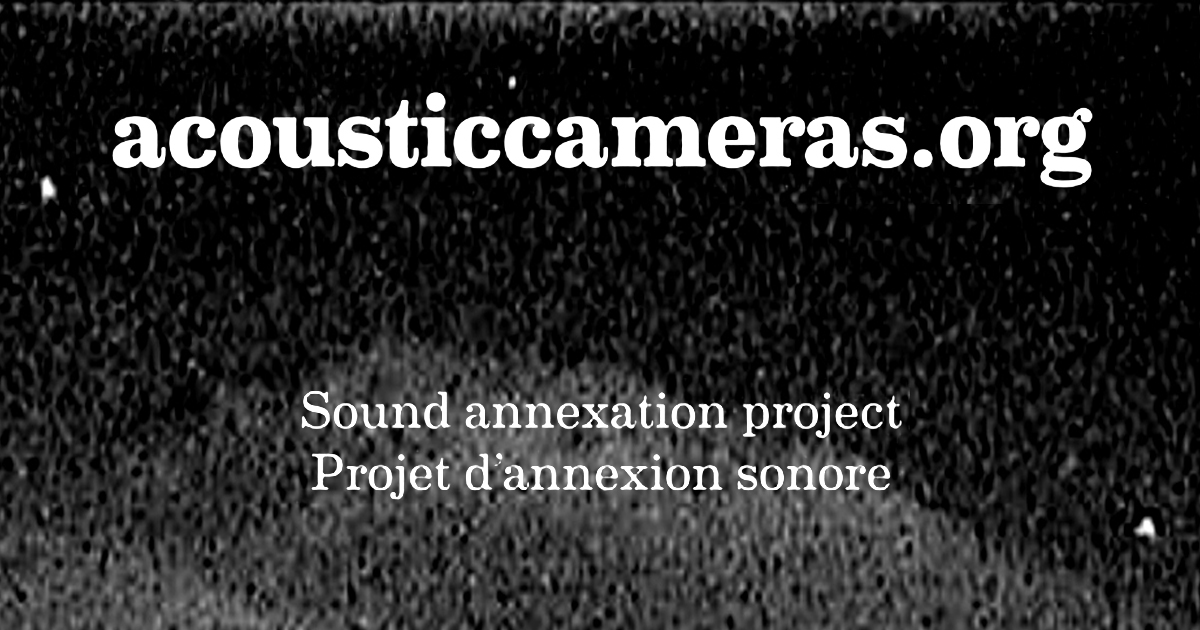 ACOUSTIC CAMERAS invites composers and sound artists to annex the real-time flow of webcams located in various places around the world. The flow of webcams is intercepted but not modified. The artist is invited to deliver a sound piece or piece of music related to this flow; This sound piece acting as a modification of reality.

The resulting work is the encounter of a recorded sound piece and the live capture of a fluctuating landscape. Depending on the season, depending on weather, depending on time of day or night, the camera sweeps continuously the filmed location (seaside, city or mountain) and writes in real time the film of the artist’s music. Music or sound design, by monopolizing the filmed landscape, soon takes on a narrative, dramatic dimension, according to the principles of film music. At the slight difference that here the film is written simultaneously.

About the proposal of Nico Guerrero:

“The Icelandic mountains inspired me moving notes through a «bourdon» that seems to tell a story. I didn’t want an abstract drone easily linked to a static video.
I used a wood twine to strum slowly and constantly the six strings of the guitar. The sound of the open chord through reverb and filters reminds me of the wind blowing heavily for days across the land. As we can hear notes in the wind, I let my other hand improvise notes hitting the guitar neck. The second guitar enhances the harmonics of the first one with a bell-like sound, a resonant echoing, winding between the frozen and mysterious mountains.”

Composed and produced by: Nico Guerrero